Lalitpur or as is famously known Patan, Is among the largest cities in Nepal after Kathmandu and Pokhara. Situated in the south focal part of the Kathmandu valley, Patan is widely known for its heartwarming social legacy. It is a city of celebration and fine ancient craftsmanship with its collection of metallic and stone carvings each with its own unique historical significance.

It was established by the Kirat line in the 3rd century BC and extended by Licchavis in the 6th century. The Malla reign saw construction of most of the left-standing monuments, temples and shrines. Lalitpur is a popular destination for historically inclined adventurists. It is home to 4 Ashoka stupas and excess of 1200 Buddhist monuments. The varied cultural landmarks scattered across the city are testament to Lalitpur’s rich historical past, significant in the history of the country and their religion.

A comparatively quiet town lined with serene palace courtyards, shops and pagoda-styled temples, Patan promises surreal sights marked by silhouettes of temples ranging in size and sophistication creating an intriguing mix of structures that bedazzles visitors. Lalitpur is undeniably a bucket list must-have. Here’s the best places to visit whenever you’re in Lalitpur.

Declared a UNESCO World Heritage cultural Site, Patan Durbar square is located at the center of Lalitpur. The temples, culture and houses reflect the magnificence of ancient Newari architecture. Patan Durbar Square is among the main Durbar squares of Kathmandu famous for modern local street food delights and structures of ancient history from centuries ago. The Architecture surrounding the square is classic example of ancient Newari traditions and their travel through time. Surrounding the complex is a vast meshwork of trinket shops displaying art and crafts showcasing the tremendous heritage of Newari artisans.

A one-stop shop for all things Nepali history. Located in Lalitpur district, the museum is nestled in an ancient residential court in Keshav Narayan Chowk. The museum complex is a former royal palace of the Malla dynasty. Its three-floor design covers the whole expanse of Nepal’s religious art history, the whole 13 centuries of it highlighted by the intricately handcrafted stone and wood carved murtis. And as a bonus, each exhibit has detailed labels describing what each artefact or carving stands for and their significance.

A famous highlight of the durbar square that dates back to the 14th century malla kings. Major restoration work was done after the earthquake and the results are phenomenal. The regal temple complex also houses other smaller temples and shrines. This grand space features lovely courtyards and exceptional wooden carvings on windows. The palace also has a pretty impressive collection of treasures and artifacts.

The bright golden colored temple dates back to the 14th century. As mesmerizing as it is outside, the inside is even better; it features a ton of ornate carvings, shrines, statues, animals, images and prayer wheels. Just a few minutes’ walk from durbar square, the temple is a hotspot among the locals with numerous ceremonies and traditional rituals carried out here.

Found in the Patan Durbar Square in the valley, the entrance to the courtyard is guarded by statues of 3 Hindu deities-Hanuman, Ganesh, Narsingha. It is among the main courtyards of the square located south of Mul Chowk. This architectural highlight of Patan is carved around a sunken water tank-Tusha Hiti and it also has Bhandarkhal which was once the palaces’ main supply of water.

it is the only Zoo in Nepal. Operated by the National Trust for Nature Conservation, it is home to over 100 species of animals and a total of over 850 animals like Asian elephant, rock python, cobras, Monitor Lizard, turtles, Chinese alligator and the African grey parrots. Opened in 1956, it has 35 endangered local species like the royal Bengal Tiger and the One horned rhino, Siamang ostriches and hippos. The central zoo is among the best places to visit in Lalitpur and offers a welcome break from temple hopping and overwhelming history of the city.

Found on the Northern part of the Patan Durbar Square, this 3-storeyed temple is dedicated to Bheema- one of the five Pandavas from Mahabharata famous for his strength and bravery that was traditionally worshipped as the god of business and trade. The temple has drawings and carvings depicting Bhimsen as a man of super strength subduing an elephant with his knee or carrying a horse in the air. Although only open to Hindus, the views from outside more than make up for this. Once restorations are done the view of the wide-eyed statue and the surroundings from the top levels is splendid.

Marking the four corners of Patan are the four Stupas built by the Ashokan emperor. These stupas are a famous example of the rich Buddhist history of Nepal’s architecture. The structures also reflect the wheels of Buddhism-dharma and make it a great place to visit in Lalitpur.

A 14th century marvel located on the southeast courtyard or Patan. This sacred part of the town is built with the Shikhara style of architecture and has undergone fixes and reconstructions from past devastating events like the 1934 earthquake. It houses hundreds of terracotta tiles covering the image of buddha. Its whole design- thousands of orange clay bricks each engraved with phenomenal religious carving, is synonymous with the Mahaboudha temple in Bodhgaya India.

Built in 1637 by Siddhi Narsingh, this Mandir temple is an auspicious example of the finest Shikhara style architectures across Nepal, this towering ornate structure was built in the 17th century and has survived several earthquakes since.  Located right in the middle of the Patan Durbar Square, the temple has a first floor solely for Mahabharata carvings, second floor is a narration of Ramayana’s beauty and another for Lord Shiva.

The massive structure has 21 golden pinnacles through its 3 stories. The temple was carved in dark stone and inside you will find shrines of Lord Krishna and lord shiva as well. Engraved on its walls are scenes from the epics of Ramayana and Mahabharata. The location represents Nepali historical culture from the time of the Malla kings, it has both Hindu and Buddhist structures spread across it. 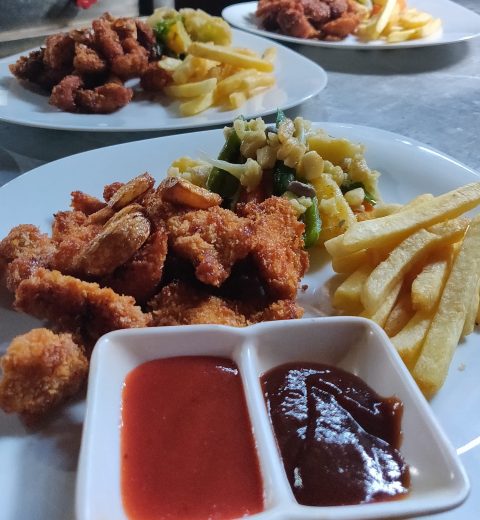 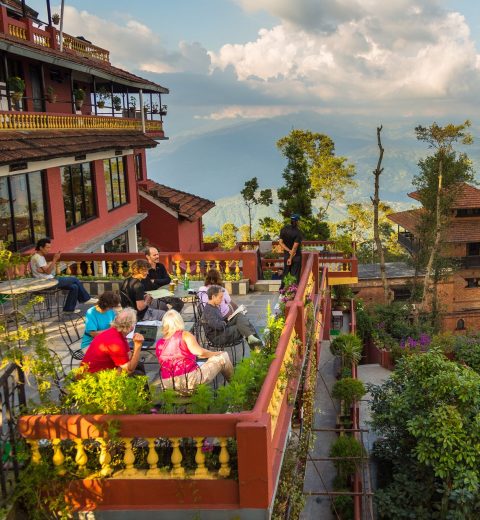 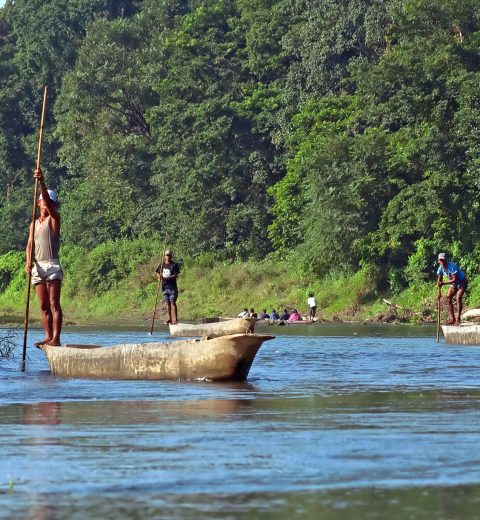