Swayambhu means “self-existent one”. The famous stupa is known as Swayambhunath Temple, also referred to as the Monkey Temple, had evolved spontaneously when the valley was created out of a primordial lake more than 2,000 years ago. The sleepy, all-seeing Buddha eyes that stare out from the top have become the quintessential symbol of Nepal. The site has to be the most famous and beautiful must-see temple in Kathmandu.

This stupa is one of the oldest of its kind in Nepal and has numerous shrines and monasteries on its premises. The temples are beautifully decorated with gold and prayer flags. Perhaps, this shrine is the best place to observe religious harmony in Nepal. Swayambhunath was declared as a world heritage site in 1979 by UNESCO.

About 2,000 years ago, when this temple was founded, Kathmandu Valley was filled with a great lake. According to Buddhist legend, a single perfect lotus grew in the lake’s center, which radiated dazzling light. Manjusri, the bodhisattva of wisdom and learning, was meditating at this time and felt compelled to go and worship the shining lotus. Highly impressed by the radiant light’s power, Manjushri decided that more human pilgrims would also be able to come and experience the light from the lotus without the lake’s waters. And with his sword, he cut a gorge in the surrounding mountains and draining away the lake, leaving Kathmandu’s valley. The lotus thus became a hill, and the light turned into the stupa. Hence, it is known as the Self-Created (Swayambhu) Stupa.

The massive crowd of people is seen here on Buddha’s birthday, which usually falls in May each year. Apart from being a top-rated site for tourists to visit, it’s also a place of prayer and pilgrimage for the followers of both religion Buddhism and Hinduism. And because of this, it’s one of the best places in the world to observe religious harmony. The stupa represents Buddha’s mind. It is said that visiting a stupa is the same as meeting a Buddha in person. The area surrounded by the stupa is filled with chaityas, temples, painted images of deities, and numerous other religious objects.

Some chief areas include the vast gold plated Vajra’ thunderbolt’ set on the east side of the stupa, Buddha statue on the west side of Swayambhu. The Sleeping Buddha, the Dewa Dharma Monastery, is noted as a bronze icon of Buddha and traditional Tibetan paintings.

The place offers peace, freedom, and joy to the whole world and ultimately helps us obtain perfect enlightenment.

It’s best to hop in a taxi from central Kathmandu or Thamel. Hailing a cab on the street is pretty straightforward. You can also walk. You can expect to pay around $3-$4 for a taxi and always negotiate on price. Some taxi drivers will wait for you as well and take you back to the city. 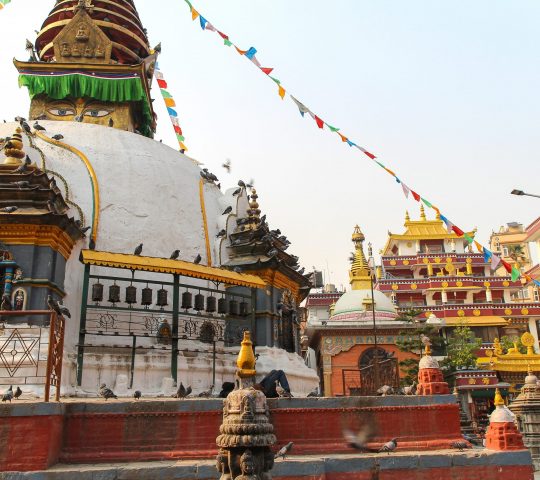 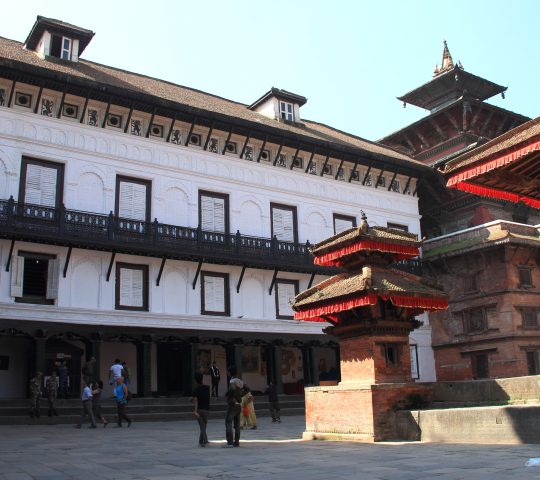 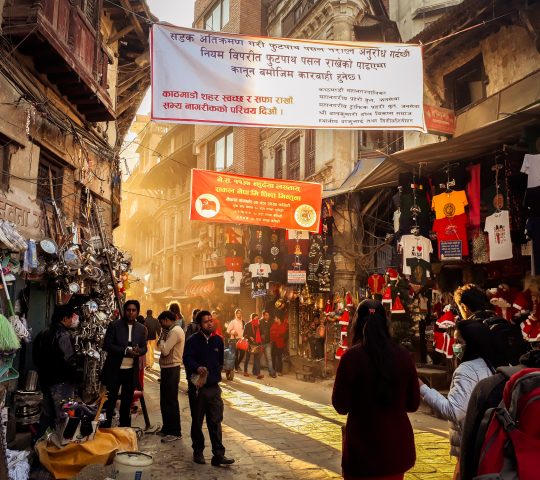 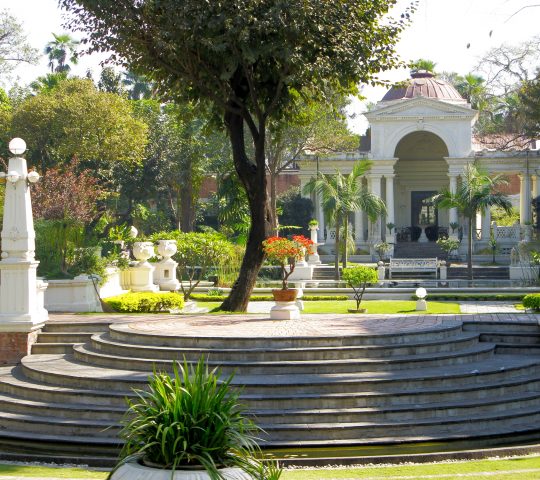